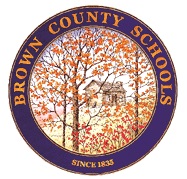 Brown County Schools employees and retirees will be paying more for health insurance next year.

In addition to the new premiums, the school board also approved a contract with Anthem for a Brown County Schools Health Benefit Trust. The trust will allow the school district to build up money to be used for emergency medical situations by raising premiums and school board contributions, Superintendent Laura Hammack said.

Previously, those types of emergency medical bills were paid for out of the general fund, which has a deficit of more than $1 million.

The Brown County School Board of Trustees approved the following April 20: