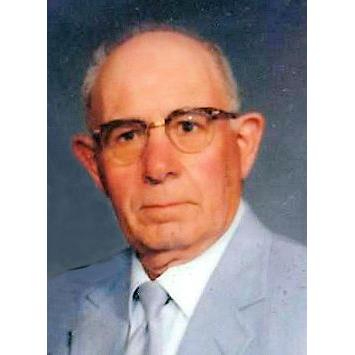 Charles G. ‘Charlie’ Richards, age 96, passed away Tuesday morning, October 5, 2021 at his home in Brown County where he was born and raised. Charlie was born January 28, 1925 in Brown County, to his parents, the late Leo P. and Velma V. (Waltman) Richards. He attended Cook School which was a one room schoolhouse located behind the family homestead in Brown County. Charlie retired from the Helmsburg Sawmill, where he owned and operated it for over 23 years. He was also a farmer and loved to cut and sell firewood. Charlie sold over 600 ricks in one year. Charlie was a member of the Brown County Community Church in Helmsburg since 2005; former 30-year member of the Morgantown Baptist Church; Lifetime member of the Pioneer Engineer’s Club in Rushville where he attended annually since 1983; and a lifetime member of the Brown County Antique Machinery Club. Charlie was a quiet and gentle native of Brown County who was content with living life at a leisurely pace on the land where he lived his entire life. He had a true love of the woods, sawing lumber and cutting logs until he was 86 years old. Charlie enjoyed hunting rabbit, raccoon and squirrel but also loved to work the land, whether it was raising and tending to a garden or making maple syrup. Folks would come for a visit and leave with a batch of turnips, maple syrup or sometimes visitors were lucky enough to be treated to pickled beets from his mother’s recipe. Charlie is survived by his wife of 44 years, Mary Jane (Rodgers) Richards, whom he married on December 13, 1976 in Morgantown. He is also survived by his step children, Clover Lorraine Phillips of Trevlac, Diane Lee Rogers and Shana LaVerne Swabb, both of Brown County; siblings, Robert ‘Bob’ Richards and Mary Voland, both of Brown County; sister-in-law, Linda Richards of Trafalgar; step grandchildren, Ethan (Lauren) Scott of Brown County, Lydia Scott of Zionsville, Barbara Jo Swabb of Indianapolis, Mary Elizabeth Swabb of Bloomington, Kristy Swabb of Brown County, Robert A. Phillips of New Castle, Matthew (Jody) Phillips of Lisbon, OH; several step great grandchildren; adopted by heart, Jessica Oden and her daughters, Savannah Oden and Sabrina (Galen) Kean, all of Brown County; and several nieces and nephews. He was preceded in death by his parents; brother, John Richards; brother-in-law, Richard ‘Dude’ Voland; son-in-law, Jim Swabb; and a nephew, David Voland. Pastors Ken Smith, Ethan Scott and Matt Phillips will conduct a funeral service on Saturday at 1 p.m. at Meredith-Clark Funeral Home Cremation & Personalization Center, 179 E. Mulberry Street in Morgantown. Friends may call from 11 a.m. until service time on Saturday at the funeral home. Burial will be at Bear Creek Cemetery in Brown County. Condolences may be sent to the family at www.meredith-clark.com.