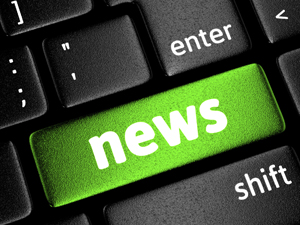 A request to have a tourist home on State Road 45 was denied by the Brown County Board of Zoning Appeals after members decided there was not an adequate buffer zone between the home and another tourist rental in August.

Randy and Lori Warford petitioned the BZA for a special exception for a two bedroom tourist home in the 2900 block of 45. The property is zoned primary residential and has a log cabin on 6.2 acres.

Another tourist home was located within approximately 432 feet of the proposed tourist rental. Under the county’s zoning ordinance, a tourist home should be no closer than 1,320 feet from another existing tourist rental, but the Warfords said they thought the wooded buffer with a ravine was sufficient enough.

“The properties are closer, but you cannot see the two houses,” Randy Warford said during the Aug. 25 BZA meeting.

“We think the tourist home business is good for the community,”

BZA members were concerned about the short distance of the buffer.

New BZA member Donna Lutes said she did not care about the buffer distance and was OK with the new tourist rental.

“I would much rather have a tourist home beside me than a bad neighbor,” she said.

BZA member Debbie Bartes said approving the home with a 432 foot buffer would “set quite a precedent.”

The restriction on the distance between tourist homes was implemented as a way to prevent a high concentration of tourist homes in one neighborhood, Bartes said.

“It’s not fair to residents of a neighborhood to have a concentration of businesses in their neighborhood, and it is a business,” she said of tourist homes.

Any existing tourist homes were exempted from the buffer requirement when it was approved.

The Warfords encouraged the BZA to consider clarifying the buffer rule because the way it is currently written makes it appear as if exceptions could be granted if there was a buffer that had terrain and woods that reduces the impact of the tourist home on nearby homes.

“There was not a secondary number. There was one number (1,320 feet) and then you can file for exception if you can prove a sufficient buffer zone that doesn’t cause harm to another person,” Lori Warford said.

“We followed the original wording of the document.”

The Nashville Redevelopment Commission voted in favor of adopting a declaratory resolution for the Woods Lane Residential TIF (tax-increment financing) at their monthly meeting on Oct. 5.

The next step in the process requires the Brown County School Board of Trustees to agree with the creation of the residential TIF, in accordance with state statute.

The school board did a resolution of agreement in concept, but said they’d revisit once other items were adopted, RDC adviser Ed Curtin said.

After a resolution is received from the schools, the RDC will then go before the Brown County Area Plan Commission to ensure all is consistent with the comprehensive plan then to Nashville Town Council for approval. Finally RDC will have to pass a confirmatory resolution and have a public hearing.

The TIF district would direct a portion of property taxes to use on projects that benefit the town in some way.