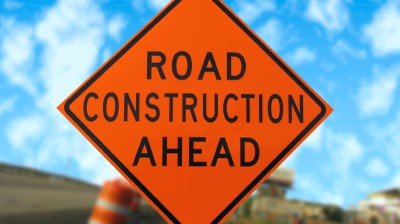 Paving on portions of seven county roads is expected to start by Nov. 1 after the Brown County Commissioners held a special meeting last week to award bids for the road work.

Awarding the contracts to three bidders ended up saving the county a little less than $12,000 instead of awarding all seven paving projects to the lowest bidder All Star Paving. The second lowest bidder was E&B Paving. Total bids ranged between $1.72 to $1.68 million to pave sections of seven county roads this fall. Contractors submitted bids for each individual road on the list.

At the Oct. 6 commissioners meeting bids were opened for paving projects that were to be funded with local funding that comes from gas and excise taxes through the state and from the wheel tax that is paid when a vehicle is registered here.

Magner recommended either awarding all of the project to All Star Paving, the lowest bidder, or splitting up the roads among three contractors to save a little less than $12,000.

“I would be in favor of saving $12,000. We need every dime we can,” Commissioner President Jerry Pittman said.

“We’re just at a place in our county budget that $11,000 is $11,000. Hopefully we split it up a little bit and we can get it done a little quicker too, maybe. Hopefully before the end of the year,” she said.

Magner said that if all of the paving cannot be completed this year due to weather a start date for next year would be dependent on weather and when the ground thaws. Temperature and the amount of rainfall can also affect a start date next year, he said.

Before the bids were awarded All Star Paving Project Manager Ryan Bustle questioned the commissioners about awarding bids for individual road projects instead of in a lump sum.

“The fact that we’re deciding that now seems a little puzzling to me. This should be addressed in the bid documents,” he said.

“If we’re going to bid individually, our numbers would certainly be different and the only reason that individual would ever be cheaper is because we’re under the assumption that it’s a lump. … If we bid seven roads individually the price for each road has to stand alone and therefore it’s going to cost more.”

Biddle said that sometimes contracts are awarded to multiple contractors to save money. In 2017, local paving projects were awarded to both Milestone and E&B Paving.

“I am going into eight years at this and this is the first time that anyone has ever raised that concern. I am happy that you raised it. We’ll make sure we’re a little more explicit in our bid documents in the future,” she said.

Magner added that there were a couple of places in the bid proposal that states the commissioners could waive formalities or change it to “whatever is in the best interest of the county.”

He also noted that in the project specifications there were another couple of places that talked about awarding to “a contractor” or “contractors.”

He said in the future he will split out an itemized proposal from a lump sum proposal.

“One option is bid individually or make it very explicit this one sheet will be if you get the entire project at this one lump sum,” he said.

Bustle said All Star’s bid was priced “to do it all.”

“Now I’m getting my scope cut by 60 to 70 percent and still expected to hold my same pricing,” he said.