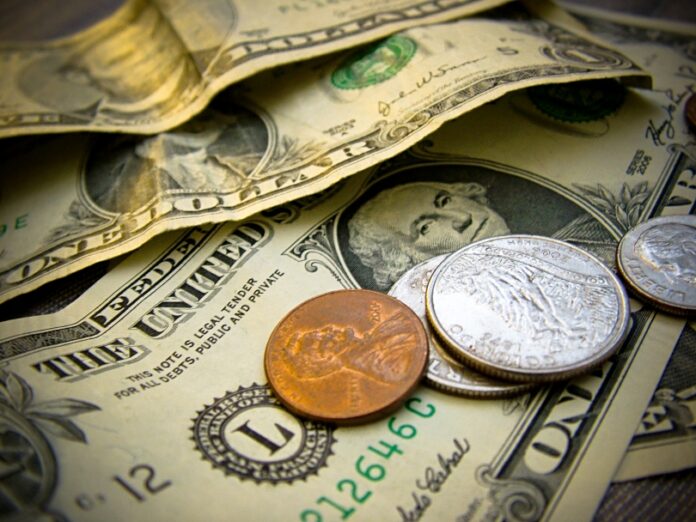 After months of discussions and making adjustments, the Brown County Council formally approved the budget for next year.

The total county budget for next year is $19,322,601 including the highway department funds, debt service, economic development, cumulative capital development and the general funds. The tax rate will be 0.4297.

The budget for next year will include three percent raises for county employees who are not paid through state funding sources. County employees will face increases to health insurance costs next year if they plan to be covered by the county’s plan in 2022. Open enrollment is happening now.

At the Oct. 18 meeting, the council also approved a resolution authorizing a temporary transfer of up to $500,000 from the county’s motor vehicle highway fund to the health insurance trust fund to cover health insurance costs until the county receives a reinsurance reimbursement. That reimbursement could come by the end of the year or into next year.

The resolution states that the money used from MVH will be returned no later than Dec. 31.

Highway Superintendent Mike Magner said the transfer will not affect paving plans for this fall, but that he would need it back by next year.

If the loan is not paid back by the end of this year, the council could approve an emergency resolution to extend the loan until June 1, said Jacque Clements, an adviser from the Association of Indiana Counties.

The motor vehicle highway fund is the local fund most often used for road paving. In April 2020, the county council did transfer $150,000 from that fund as a loan to help the Brown County Music Center make its mortgage payments when shows were shut down to the pandemic. But that loan was paid back to the MVH fund out of innkeepers tax money at the end of the year.

This April, the county also pledged $250,000 from the MVH fund to meet the match for the Helmsburg stormwater project grant, but that money did not end up being used for a match, Commissioner Diana Biddle said last month.

Biddle said it sometimes takes six months to get the insurance reimbursements, but that at the county council’s December meeting she should have a better idea on when the money can go back to MVH.

Health insurance costs have continued to be an area of concern in the county’s budget. The commissioners and council have been working together to cut health coverage and reinsurance expenses, as they continue to grow each year, resulting in more money being moved from the county’s rainy day fund and unappropriated funds.

At the October meeting Clements said after changes were made to the budget proposal in September she found the budget was $500,000 under the tax levy. She then told Auditor Julie Reeves to put that money back in the insurance line and bring it up to $700,000 for next year to help cover costs. This number does not include money from other departments, like the highway department, that also have funds that move into the health trust fund at the beginning of the year.

“Every year we are estimating. We never know what will happen in an 18 month period of time. We do our best guess estimates, which is why we have additional (appropriations). We don’t want to do those because those hurt the ensuing years,” Clements said.

Towards the end of the budget discussion in October, Council Vice President Dave Critser motioned to have Reeves send out a memo to all departments that from now until the first six months of next year there will be no additional appropriations to budgets unless it is a “dire emergency.” That motion was approved unanimously.

Clements said that not allowing additional appropriations or encumbrances will make sure the departments are spending within the budget the council approved for them.

Health insurance costs next year were one of the “unknowns” the council was dealing with when putting the 2022 budget together, Council President Dave Redding explained.

Changes to the county’s health insurance plan next year include increases in premiums, spousal carve outs and offering discounts for those who quit nicotine. How much will be saved from the health insurance changes will not be known until later this year once county employees enroll in the benefits plan for next year. Savings could also be seen in the cost to purchase reinsurance, but those bids will also not come in until later this year.

A hiring delay was also approved unanimously. Now if a vacancy happens in a county department, either on a voluntary or involuntary basis, the council recommended that the supervisor or elected official consult with the county human resources department, the commissioners and council to determine what should be done with that opening.

Savings would be realized when those positions are not filled. If an employee retires early and is in a leadership position that needs filled to ensure continuity in an office the council, commissioners and HR will work with that department to see if another county employee can move into that role and then that person’s job would not be filled.

“Whatever the degree is, we want to listen, be a sounding board at a minimum to help them with a plan. We still have to maintain a level of service with our many offices to the public. Let’s just not say ‘Talk to the hand. You have to figure it out,’” Redding said in October.

The county is also projected to bring in around $600,000 less in income taxes next year due to a shortened time period for income tax collections that will be distributed next year.

Clements said at the October meeting that there was also 5 percent less personal income tax filings and three taxpayers either filed income taxes late or filed late and requested a refund.

Next year’s budget will also include pay raises for merit deputies in Brown County Sheriff’s Department as a way to keep officers here the county has invested money in through training and be competitive with surrounding area departments.

To try to help make the budget fundable Reeves sent out a memo to departments asking that they return any funds in their budgets they do not expect to spend this year. The sheriff’s department, probation and planning and zoning all submitted reductions to their budgets this year, totaling $63,490.

Those reductions in budget appropriations will be on the agenda for the county council meeting on Nov. 15. Clements factored in those reductions when finalizing her summary sheets for next year’s budget, which shows a cash operating balance of $140,000 by the end of next year.

Clements said if there are no additional appropriations the rest of the year that ending balance can grow for 2022.

The council tries with each fund to have a 15 percent cash operating balance at the end of each year. The ending cash balance for 2021 is estimated to be $377,805.26 and that is the money that would be used to cover additional appropriations to department budgets this year, according to Clements’ summary of appropriation balances.

Council member Scott Rudd did not vote in favor of next year’s budget and was the only member to do so.

When explaining his vote, Rudd said he appreciated the work that has been done by department heads so far, like returning money to the general fund, and by the commissioners by securing new ambulance contract to save money and making health insurance changes.

He said he could not support a budget that was not “structurally balanced,” or one where the expenses exceeded the revenue coming in.

“I will continue to try to balance this budget before the end of my term, which would take another three years,” he said.

“I appreciate the hard work. I want to keep on this and not kick the can anymore.”

Redding said he would like to help the council continue to “move closer to a sustainable (budget) where you don’t have to do all of this left pocket, right pocket shell game that we were unwinding this year.”

“It’s more clean, transparent, more understandable and simpler then I think we did our job for the short time we were sitting in these chairs,” he said.

Rudd also expressed concern about the $140,000 cash operating balance projected in the general fund next year and wondered if there are other departments in the county that could return unused money from their budgets before the end of the year.

“If we have a department that has the ability to help our county budget right now and is not helping out with it I want to know it. And maybe there are none, I don’t know,” he said.

“These departments didn’t create these problems, but they can be a part of the solution.”

Returning money from department budgets can only be done by department heads after the budget is approved, Clements explained.

The county council also unanimously approved the budgets for the Brown County Solid Waste District and the Hamblen Township Fire Protection District last month. Both budgets were within their levies.