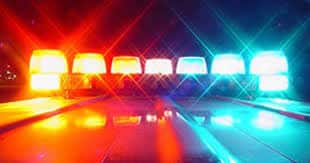 A Huntingburg woman faces multiple drug misdemeanors after police stopped her on State Road 46 West for driving more than 20 mph over the speed limit.

On March 5, Nashville Police Officer Michael Williams stopped Natalie Schneider, 22, for doing 68 mph in a 45 mph zone in the 700 block of State Road 46 West, according to a probable cause affidavit.

While Schneider was searching for her driver’s license, vehicle registration and proof of insurance, Williams reported seeing a medicine bottle with marijuana inside.

When asked about the contents of the bottle, Schneider passed the bottle to her passenger, Ryder Snelling, and denied that there was anything in it.

Snelling then gave the bottle to the officer. He searched the vehicle and reported finding a clear bag containing marijuana in a backpack. Schneider had told the officer the backpack was hers.

Williams also found a pill bottle labeled “Viibryd.” The officer said it contained two-and-a-half Alprazolam pills. Schneider said she had a prescription for the Schedule IV controlled substance, but did not have the prescription on her, the report said.

Snelling was issued a summons for possession of marijuana, a Class A misdemeanor.