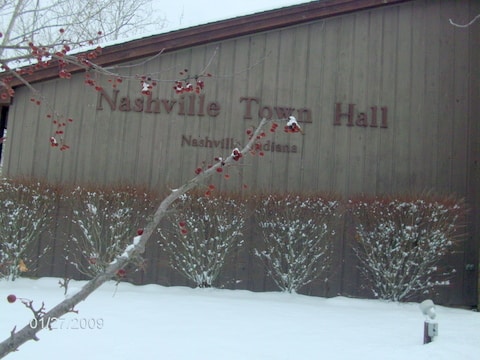 Brown Bike restaurant and The Nashville House have received preliminary approval to have liquor licenses for the next year through the town’s riverfront district program.

The Nashville Redevelopment Commission started the riverfront district program in 2013 to help local restaurants obtain liquor licenses that otherwise would not have been available due to Nashville’s small population. They cannot be used for businesses that are mainly bars, however; they are intended to help boost food sales, and restaurants that receive them are supposed to have at least 51 of their income coming from food.

The Crook brothers, who run Brown Bike, told the commission that they had trouble all year finding enough staff to run the restaurant. They said they want to hire people full-time, but often, the workers they get already have part-time jobs somewhere else, so it gets difficult to find enough available people to cover shifts, especially when teens are in school. Even after raising wages several times, “in some cases, paying quite a bit more than what the average in Indianapolis is going for,” they still had to call in some staff from their Indianapolis restaurant to cover the Nashville restaurant, the brothers said.

The Nashville House plans to open sometime this spring. Owner Andi Bartels said she planned to hire around 15 people, mostly part-time but “as many full-time as we can get.” “But I understand the dynamics of the workforce in Brown County as well. My parents dealt with it 20 years ago, so it’s been a struggle to get people in and working,” she added.

She said the plan is to have The Nashville House open year-round with more seating than it had originally, some of it outside when the weather makes that possible.

Adding a bar area, “not a very large one,” also is a possibility, she said.

Commission member Jane Gore asked if Bartels hoped to hire any employees back from her parents’ era of The Nashville House.

“Absolutely. They’re the ones who know all the recipes. That would be good,” Bartels said.

“We’re awfully glad it’s you (reopening the restaurant), and not someone from far away,” said commission President Dan Snow.