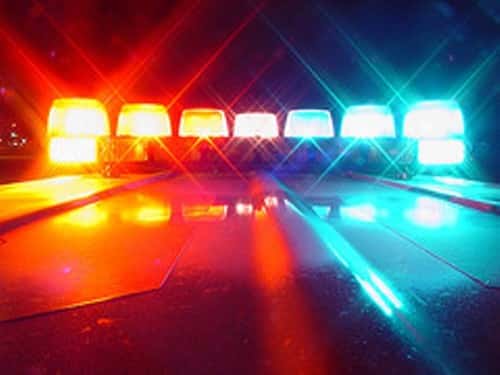 Woman charged for breaking into school buses, driving one

A 47-year-old Nashville woman has been charged with 19 misdemeanors after police say she broke into several school buses and drove one out of the bus parking lot while intoxicated on March 7.

Police reported finding a bus sitting sideways in the lane of travel near the roundabout on Schoolhouse Lane. The bus also had run over a traffic control marker, the police report said.

The owner of the bus told police that the bus should not have been moved from the lot and that the keys were missing. The bus had interior cameras that had activated when the bus was started.

Police found found doors open on seven buses. The driver’s compartments on each had been ransacked, with items thrown on the floor, including jackets, papers and trash. While photographing one of the buses, Stargell reported finding a debit card with Tolar’s name on it.

Security footage from the bus showed a woman’s side profile. She had dark hair and was wearing a light-colored coat and appeared to be intoxicated, the police report said.

Using Tolar’s Indiana Bureau of Motor Vehicles photo and Facebook, they were able to confirm that the woman in the footage was Tolar, the report said.

Tolar allegedly drove the bus around the transportation parking lot before turning south on Schoolhouse Lane. She stopped at the Schoolhouse Lane and East Washington Street intersection before continuing to the roundabout and getting the bus stuck on a traffic control marker. Tolar then turned the bus off, took the key and exited the bus, the affidavit states. Cameras in the parking lot showed the bus being started and driving around the parking lot at 9:08 p.m., and according to the interior camera system on the bus, Tolar exited at about 9:12 p.m.

When police arrived at the apartment where they believed Tolar was staying, a man answered the door and said she was in bed asleep. Tolar did not get out of bed to talk with the officers, so the man let police inside to talk to her. He told police she had returned home around 9:30 p.m. Stargell reported that Tolar appeared to be under the influence of alcohol.

Tolar told officers she had lost her debit card about two to three days prior and she had no clue why it was found in the driver’s seat of a school bus. She said she had gone for a walk after getting into an argument, the affidavit states.

Tolar said she would like to see the video of her driving the bus and she told officers she did not think she did it. Stargell noted in the police report that Tolar never denied it.

At the apartment, officers found a set keys for the bus that had been moved along with another set of school bus keys. Tolar said she had found the keys on the ground behind the BP gas station. Both sets of keys successfully started two of the buses.

Tolar was arrested and taken to the Brown County jail. A breath test showed her blood-alcohol content at 0.10, which is over the limit for a driver, the police report said.