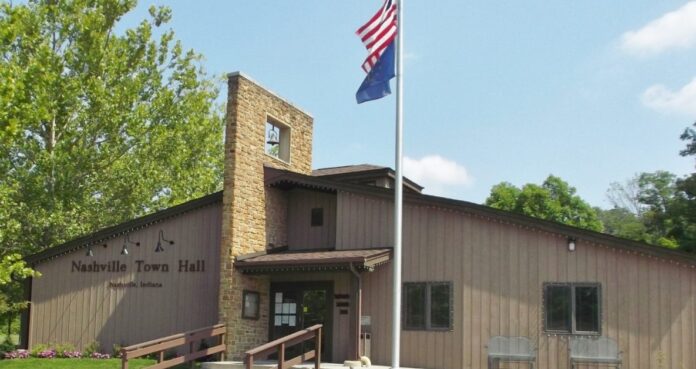 The Nashville Town Council is accepting applications through Feb. 17 to form a group of five people to study “the need, function, structure and scope of a Human Rights Commission.”

The council voted 4-1 last week to form a temporary citizens advisory committee on this topic, which will report to the town council after a three-month period with its findings.

In addition, the resolution the council passed contains some statements about community values and principles:

“Whereas, Brown Countians see equal value in all lives, and each play a pivotal role in creating a sense of belonging;

“Whereas, a commitment to equity, diversity, and inclusion exists because these values make a welcoming and strong community for all people;

“Whereas, community leaders and neighbors grow together, work to capitalize on the strengths emanating from our differences, and treat one another with dignity and respect;

“Whereas, such principles are the basis for policy and decision making in the Town of Nashville, creating a mutually respectful, multicultural, and equitable environment;

“Whereas, the Town of Nashville reaffirms our dedication and commitment to these precepts by establishing a citizens advisory committee authorized to conduct public meetings and make recommendations to the council.”

The town council has discussed this topic off and on since summer.

In June, council member Nancy Crocker introduced a draft ordinance to establish a human relations commission, created with the help of council Strategic Direction Adviser Dax Norton. It spanned nine pages. Norton said it was a compilation of many different ordinances that follow state statute.

At that time, Crocker volunteered to work through the draft with some of the local people who were putting on the Solidarity Rally for Racial Justice that month.

Since June 5, an informal task force has been gathering periodically over Zoom to talk through “ways to promote and ensure all people in Brown County — residents, businesses, visitors — are respected, welcome, and treated well regardless of race, religion, gender, abilities, age, etc.,” explained Michele Wedel, one of the group participants, in an email to The Democrat.

After a multi-hour meeting in early January, the informal task force came up with the resolution which Crocker presented to the town council at its Jan. 21 meeting. That resolution sought to have the council establish an official temporary citizens advisory committee, which would make recommendations to the council on next steps.

Town council President Jane Gore voted against the resolution. When opening discussion on the topic, Gore said she didn’t think the council was ready to vote on it yet, and her opinion was that the county should be more involved in it than the town, as the county is much larger than the town and would have “a lot more to gain on having this put together if they so choose.”

Ten people on the call, plus Crocker and fellow council member Anna Hofstetter, spoke in favor of at least establishing this temporary advisory committee. Many of them said they didn’t see any downside to it and they didn’t see how there’d be anything controversial about it.

Town Attorney James T. Roberts proposed some changes to the resolution, which the group generally accepted except for a line he wanted to add about the town having a long history of welcoming people of cultural and racial diversity.

Fifth-generation county resident Amy Kelso said that three years ago, she invited some non-white co-workers to a get-together at her house and they were concerned about whether they’d be safe here. She said she was “stunned” to hear that.

Nashville isn’t just some little old town of 1,000 people; it’s an international tourism destination, Kelso said. “We don’t want people to be afraid to come here, and I’m sorry to tell you that some are,” she said.

The discussion about diversity and inclusion should go beyond race; the community also needs to be more handicap-accessible, she added.

Town resident Sharon Bussert said that two years ago, she was talking to a young Black man in Bloomington who said he was told to leave a public building in Nashville. Two children whom Bussert raised, who are Black, had a similar experience in a library in another southern Indiana community. She said they were told they weren’t welcome because libraries are for people who live there. The white children with them didn’t get the same treatment.

“As white people in a very white area, it’s easy to say that stuff doesn’t go on, but unless you’re going out regularly in the community with someone who is not a white person, you don’t see these things,” Bussert said. “It doesn’t mean they’re not happening, it just means you’re not seeing them.”

Crocker ticked off a list of incidents that have occurred in just the last two years in Brown County, several of which have made statewide or national news: A blackface debate that ended in the dismissal of a coach. A student who was listed in the yearbook not by his name, but only as “BLACK GUY.” A non-white delivery driver who had a gun pulled on him. A screenshot of the high school’s website that was altered to look like it contained a racial slur. And, just a few days ago, a beer bottle being thrown through a window of local people who are part of the LGBTQ community.

“We need this more than ever right now,” Crocker said.

“We’re not too small. It’s got to start somewhere.”

She challenged Gore on her reluctance to take a vote or move forward. Gore said she thought the county needed to start it and the town and county could then work on forming a commission together “if, in fact, we do need it.” She said she didn’t think the council was ready to vote on it that evening and asked Crocker not to force her hand.

Crocker said they’d been talking about it since June. “We are not forming a commission. We are forming an advisory council to advise us on what we should do next. That’s all this resolution is, and I don’t understand why, I read through these things on our resolution, why anybody would not say, ‘Yes, I want that on record as my town saying this.’ I don’t understand that.”

Gore later asked if anyone from the group had talked to county leadership. Crocker said several people had been invited to the Zoom sessions in which this resolution was created, but none attended. They hadn’t been approached directly because last time the group talked about doing that, several of those county elected officials had COVID, Crocker said.

“Why not start with us?” Crocker pushed. “You have all these people on this Zoom meeting that say, ‘Start with us.’”

When challenged earlier on a similar question, Gore had said that with the town taking it on without the county on board, “it doesn’t seem complete to me.”

Before Hofstetter called for a vote, Crocker said that the group that had drafted this resolution had wanted to make it a more countywide effort, but this was just a place to start.

Several community groups are already involved in this effort, including the League of Women Voters, Brown County Community Foundation, Centerstone and the United Methodist Church, Crocker said after the meeting.

“This group looks forward to working with all entities in the county to promote the values in the resolution,” she said.

Anyone wishing to apply to be on the five-member temporary citizens advisory committee on human rights can submit a letter of interest to the town council by Feb. 17. A form is posted at townofnashville.org; pull down any page under “boards and commissions” to find it.

Potential committee members must be residents of Brown County “with the goal of being broadly representative of the diversity in our community,” and cannot be officers of any political party.

An informal task force has been talking for several months about diversity, equity, inclusion and human rights. That group created the resolution that the town council passed last week, and some of its participants may be applying to sit on the temporary citizens advisory committee the council just authorized.

Anyone wishing to express what they hope for Brown County, explain what they think is going well or not in the areas of human rights or dignity, or share stories in which they feel they or a neighbor might be marginalized can send an email to [email protected]. That email will be routed to members of the informal task force.